If your bucks will be slaughtered at a few months of age, castration should not be performed. Intact males grow faster because of the absence of the stress of castration. If they will be held longer than a few months, you will want to castrate to avoid a "buck odor" in the meat as well as accidentally matings with your does.

No matter what form of castration is selected, a tetanus vaccine is required. This is usually given at 3 to 4 weeks of age. Methods of castration for bucklings is a controversial subject. In most cases it is not recommended you try any of the alternatives available to amateurs unless you are an experienced goat owner who has been trained under the supervision of a knowledgeable practioner. It is typically stated castration is generally best left to the veterinarians, particularly for bucklings over the age of two months.

Surgical castration
Surgical castration is considered to be the gold standard of castration, but many backyard herd owners are not willing to go to the extra expense for an animal that may be slaughtered at some later date. ​In addition, this may not be practical for some urban farmers and if you castrate a very young buckling, it is possible to do so yourself with minimal negative side effects.  The most common way to castrate young bucklings is by using a band castrator.

Elastrators or Band Castrators
Elastrators are a common castration method. Strong, tight rubber bands made for the purpose of castration are applied wiht a specific tool The bands are slipped on over the scrotum above the testes. Once the bands are applied, the testicles atrophy and the bands and sac fall off in a few weeks. 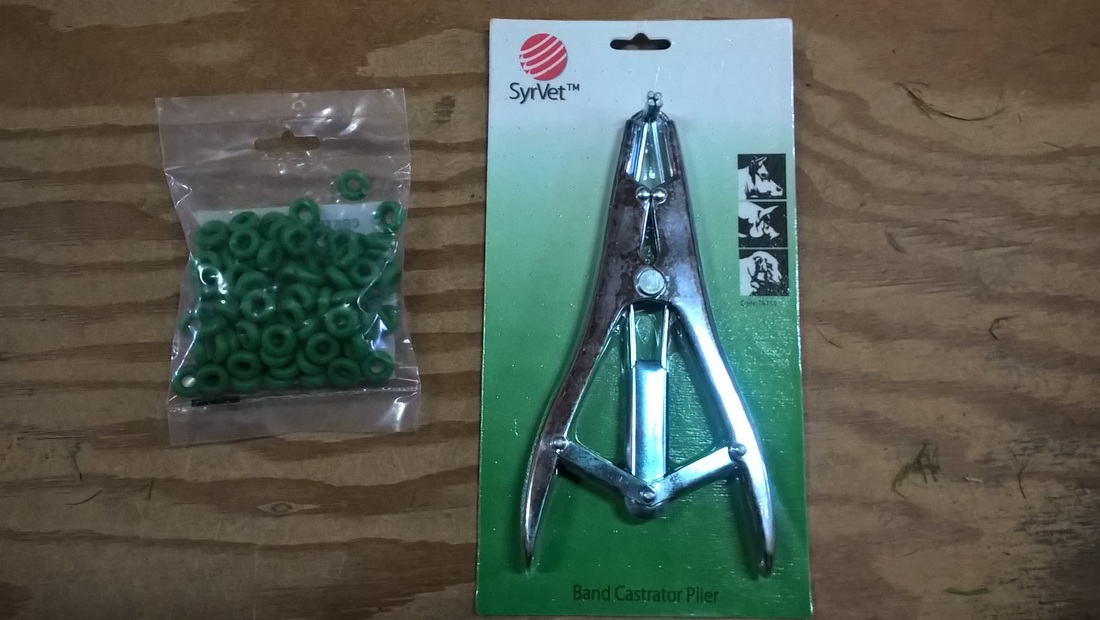